I’m back again with another card for Atlantic Hearts. I have a baby shower coming up and I know the new trend is to bring a children’s book instead of a card, but how can a card maker not bring a card?! So I’m bringing both a children’s book and a card! 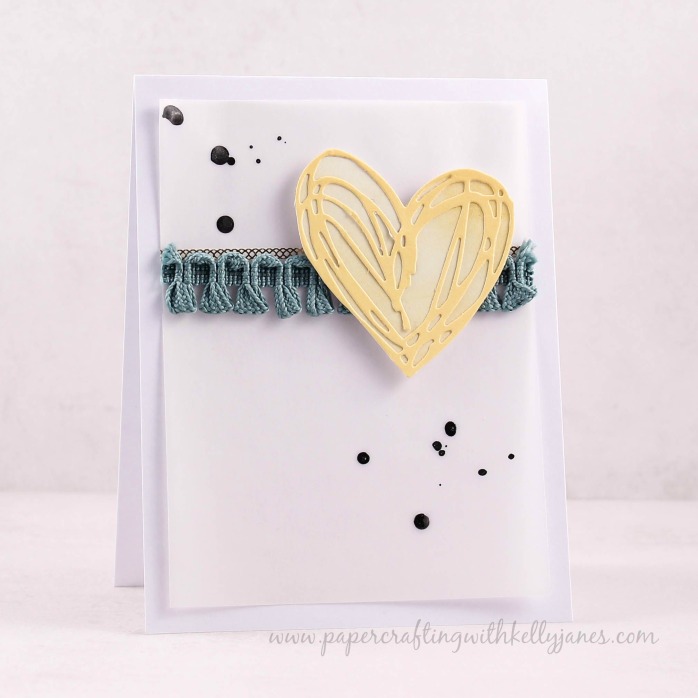 I used a white cardstock base and layered a piece of vellum slightly smaller than the card base. I had originally intended to use a layer of Georgie Patterned Paper but it was just too dark & distracting under the vellum. I then added a layer of pleated ribbon from Making Memories Passport Collection and also a thin strip of gold washi from Little B. I then cut a heart from the Tim Holtz Scribbles & Splats Die on yellow cardstock. I wanted to back the heart to help it stand out from the card so I grabbed a scrap piece of white cardstock and using Scattered Straw Distress Ink to lightly color the cardstock. I then added a few splatters of Heidi Swapp Black Color Shine. 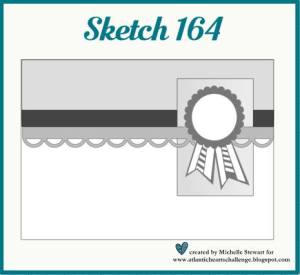 Now head over to Atlantic Hearts Sketch Challenge to enter your interpretation of sketch #164.

Thanks for stopping by!

All designs and photos not specifically designated as originating elsewhere are creative expressions of Kelly Janes. I ask that you do not reproduce my original creations/artwork to use for sale, for entry into any contests, or for publications. The artwork on this blog is for personal inspiration purposes only and if you find yourself inspired to recreate my original artwork I ask that you link back to my blog giving credit where credit is due.