Hey friends! I recently shared a layout using the October 2016 Kits on the Hip Kit Club Facebook page and wanted to share it here as well! 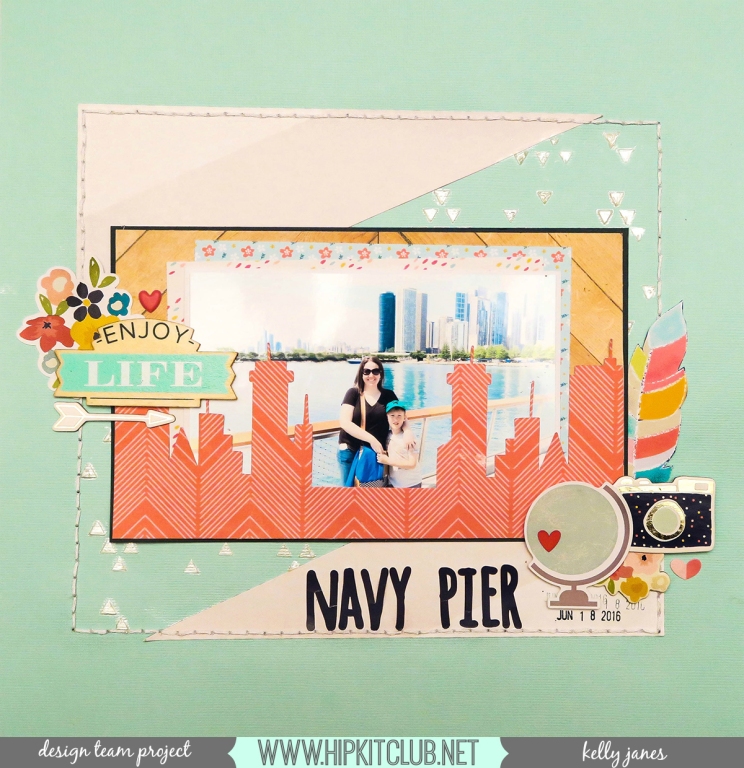 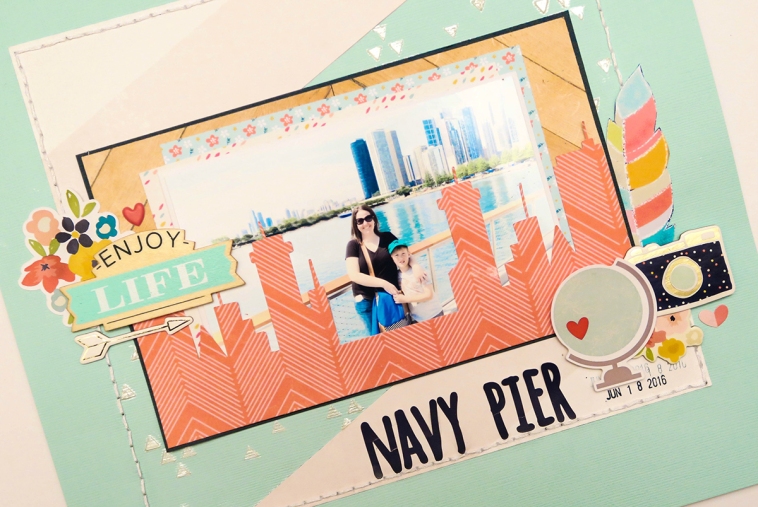 Then I started working on my photo mat. This photo was taken while we were in Chicago this past summer and I knew that I wanted to use the skyline cut file that was created by Zinia! It just matched the theme of the photo so well! So I used a couple different pattern papers from the Maggie Holmes Gather Collection from the Main Kit and tucked my photo directly behind the cut file. I wanted the photo mat to stand out from the background so I added a layer of the dark navy American Crafts textured cardstock from the Cardstock Kit behind the photo. I also tucked in a couple of the 4×6 Project Life cards from the Project Life Kit as layering pieces behind the photo. 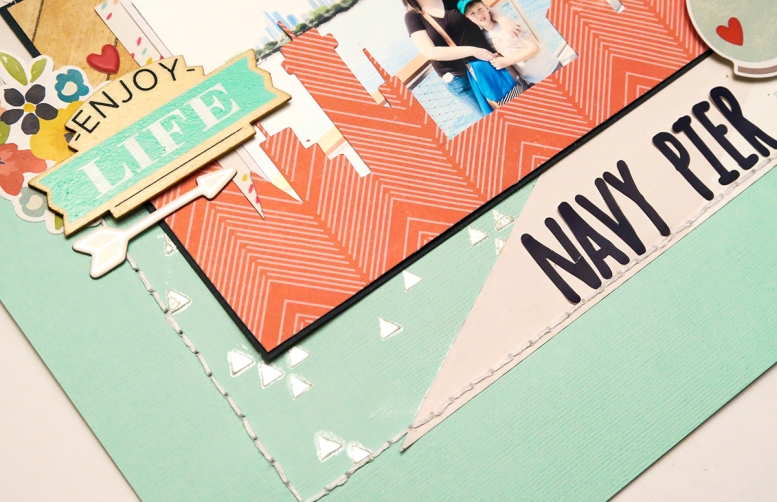 I then moved on to adding a little mixed media onto the background cardstock. I used the triangle stencil that was included in the June 2016 Color Kit. I debated on which color of texture paste to use with the stencil and decided on the Spun Sugar Dazzlerz that was included in the May 2016 Color Kit because it matched the two diagonal pieces of pattern paper that I have on the background. I also added a border of hand stitching using white embroidery floss. 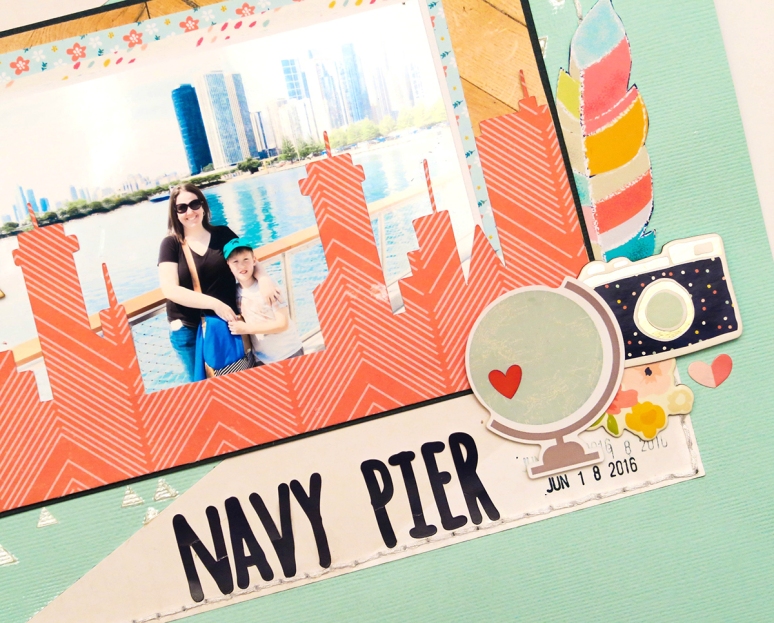 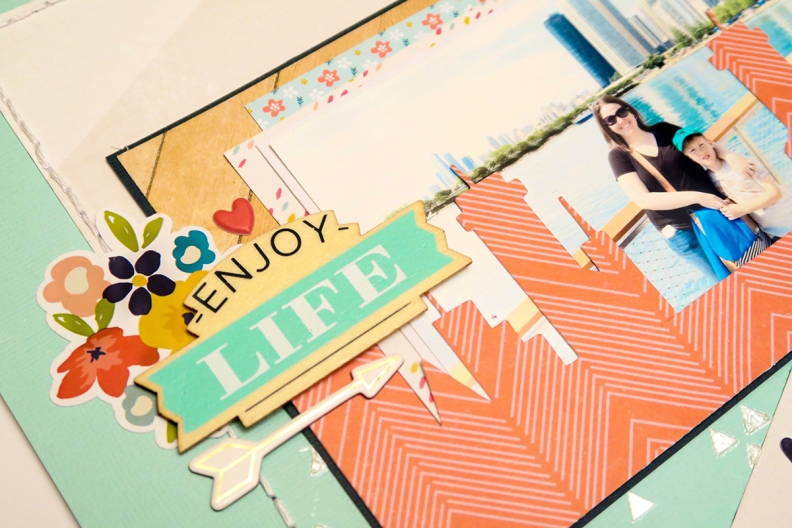 My layout was loosely based off of the HKC November Sketch designed by Tarrah. I used the diagonal elements on the sketch but tucked them closer to my photo and I used a 4×6 photo rather than 2 smaller photos. That is the #1 thing I love about sketches! They are great to use as a jumping off point! This sketch should be posted in the HKC Facebook Forum soon and we would love to see what you create based off this sketch! 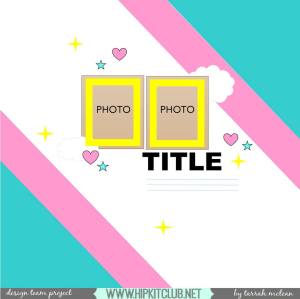 I have a process video that shows how this layout came together!! It also includes a Cricut Design Space tutorial!

Thanks so much for stopping by! 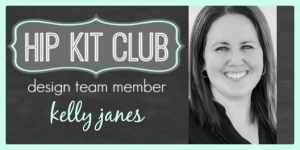 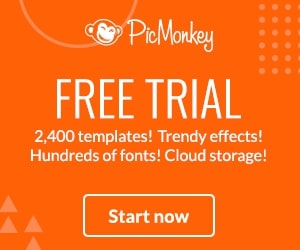